Here’s the link to my backstage pics of “Louis Drax”!

Nearly two years ago, on November 25, 2014, I was up at Riverview Hospital in Coquitlam, dressed as a doctor and filming a tiny role in a major motion picture – my first acting gig for the big screen. What’s more, my little scene was played opposite Aaron Paul and Sarah Gadon, he a big star and she a very fast-rising one. And now, after a long, long wait, the film – “The 9th Life of Louis Drax” – has hit theatres, and it’s official – I made the cut, and can now say I’ve appeared in an honest-to-gosh Hollywood film! 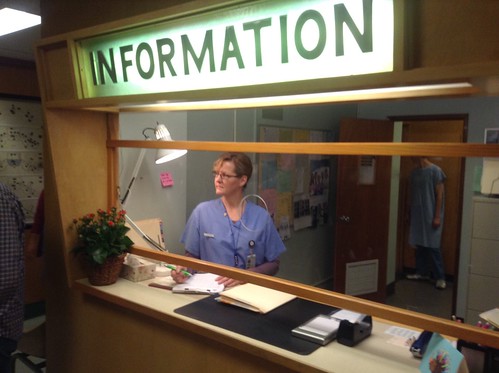 Being on set was a thrill and a pleasure, as it always is. But knowing I was part of a major feature film really took it to another level of excitement for me. Funnily enough, though, my friends were much more worked up than I about the fact I’d be acting with Aaron Paul. The only reason I was unfazed was simply because I hadn’t really seen “Breaking Bad”, the show that made him so well-known. My “Bad”! I found Aaron a friendly guy with a mischievous sense of humour. He and Sarah were both really nice and a pleasure to work with. In a way, my lack of familiarity with his work just kept me from being too starstruck (though I still was a little!) When I asked Aaron in a roundabout way for a photo, saying “my friends have insisted I get a pic with you!”, he playfully responded that he couldn’t do it since i wasn’t the one who wanted it! Of course I ‘fessed up, and the result was a great selfie! Our scene involved me walking up to them and giving them news about their child, the titular Louis Drax – and we ran many takes, both of the conversation itself and of me striding along the hallway approaching the couple. It was important I refer to them as “Mr. and Mrs. Foster”, as this scene illustrates the point that the doctor has mistaken them for a married couple. I got to improvise the rest of my lines, and enjoyed reassuring them in various ways that Louis would be just fine. Between takes, there was a lot of laughter. 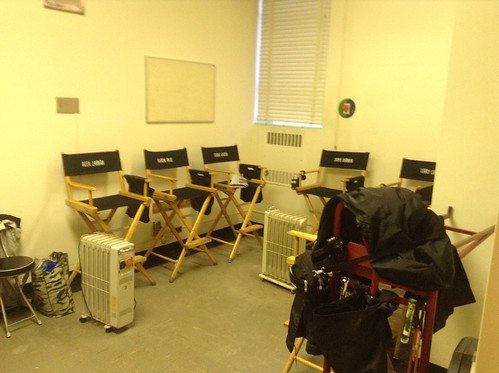 And then it was all done, and the long wait began. But there was one more fun evening ahead when I attended the wrap party at Vancouver Studios on December 13. It was held within the main set built for the film, the high-ceilinged and modernistic “coma room” where Louis spends most of the film while his tale is told in flashback (and while other strange developments occur). 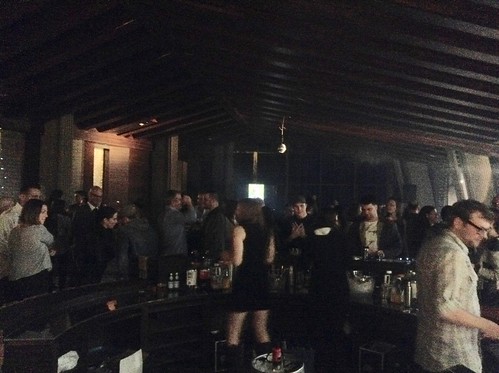 It was a ton of fun to observe up close all the little details that added realism to the set – signage big and small, and wonderfully realistic textures of concrete and stone that were really just clever set-design fakery. The place looked like a million bucks – and to my mind, much more deluxe than a real hospital! But hey, that’s Hollywood… The most surprising aspect of the evening was the spray-paint defacing of the set that everyone was merrily engaging in! 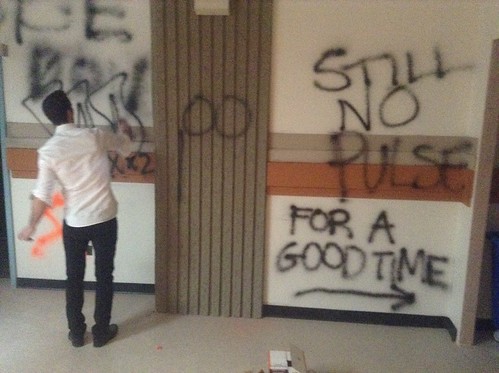 Flash forward to Friday, September 2, 2016 – the opening night of the movie. I’d arranged a Facebook event, attending the evening performance at the Fifth Avenue Cinemas, and was pleased that a bunch of my friends were in attendance. Plus, I was rehearsing for a show in the Vancouver Fringe Festival, and they very kindly rearranged the Friday night rehearsal, in part to permit the rest of the cast to attend my movie if they liked. I was very touched, especially that the show’s co-author, R. David Stephens and his wife attended.

Finally, the screen went dark and the movie unspooled before us. I had read the script, back when I filmed my part, and I knew one thing for sure: the story was a real page-turner, an intriguing blend of genres including thriller, fantasy, domestic tale and medical drama that was full of surprises. But it remained to be seen how it would all play out on screen. And there was the matter of my role, of course. I decided not to re-read the script and just watch the film, but I did recall distinctly that my appearance was fairly early on. Yet at one point I realized we were over an hour in, and no Adam. I started to worry that the worst-case scenario of any film actor had happened to me – that I’d been left on the cutting-room floor! I knew it was always possible, but kept hoping, with increasing urgency, that my scene would appear. And then, there it was. I knew it the moment I saw Aaron Paul and Sarah Gadon waiting in a chair at the hospital for word of Louis. This was my scene! Then sure enough, I was walking toward them – seen from the back at first, but I knew it was me. Ever so slowly, I turned to face the couple and finally was visible in profile, as I said, “Mr. and Mrs. Foster?…” On the voiceover, Sarah Gadon said, “The doctor mistook us for husband and wife.” So my tiny bit reinforces a plot point and everything! At this point, I and my friends in the back row made some noise and applauded and chattered a bit… until we got sternly shushed! Whoops! 10 seconds at the most, and it was all over. But the best was yet to come, when the credits rolled and my name was outrageously high on the list – maybe fourth or fifth! “Doctor (X-Ray) – Adam Abrams” scrolled up the screen, and I was amazed and delighted that I’d received so prominent a credit. But I was puzzled, because the names weren’t alphabetical, and mine at least was certainly not in order of appearance. Later, I realized that they had indeed listed the names in order of appearance, but based on the draft of the script I’d read – which wasn’t the final edit, where my scene was moved to later in the film. So my credit isn’t in the right place, but I’m sure not complaining! All in all, it was a thrill and a true pleasure for my first movie appearance to be in something that was really good! “Louis Drax” blends genres and keeps you guessing… and I was quite moved by many of the emotional moments. Let’s hope that there is more to come, but meanwhile, I can definitely say that I’m a (very small) part of Hollywood cinema history!